ITC believes that it is necessary to represent to and engage with authorities on matters concerning the various sectors in which it operates. The Board approved Policy on Responsible Advocacy provides the framework for the necessary interface with Government/ Regulatory Authorities. ITC works with apex industry institutions that are engaged in policy advocacy, like the Confederation of Indian Industry, Federation of Indian Chambers of Commerce and Industry, Associated Chambers of Commerce and Industry of India and various other forums including regional Chambers of Commerce. ITC's engagement with the relevant authorities is guided by the values of commitment, integrity, transparency and the need to balance interests of diverse stakeholders.

The Company, for its social development projects, organises meetings with the local administration and state governments to seek their participation and involvement. Their expert advice and counsel are also sought and approvals obtained, where required, for the planned interventions. The Company also engages in public-private-partnerships (PPP) with the state governments for such projects.

The CII-ITC Centre of Excellence for Sustainable Development also interacts with the Government and policy makers to promote sustainable development and inclusive growth through corporate action.

The CII-ITC Centre of Excellence for Sustainable Development, established by ITC in collaboration with the Confederation of Indian Industry (CII) in 2006, continues its endeavours to promote sustainable business practices among Indian enterprises. The centre is steered by its Advisory Council, headed by Mr Y C Deveshwar, Chairman, ITC Limited, and comprises members from industry, civil society and academia. The Council provides strategic direction to the organisation.

On the International Day for Biological Diversity on May 22, the India Business & Biodiversity Initiative (IBBI), launched by the Centre in 2014, released the publication, 'Bridging Business and Biodiversity: Innovative Approaches'. The publication, released in association with the Union Ministry of Environment, Forest and Climate Change (MoEFCC), highlights the concept of natural capital and its relation to biodiversity and ecosystem services.

During the year, the Centre also launched the Annual CSR Tracker, based on an analysis of CSR disclosures of companies. The tracker analysed 1,181 BSE-listed companies with respect to the amount of funds spent, CSR activities, geographical areas targeted and committees & policies instituted. The centre also launched the Siemens Integrity Initiative (SII), a project aimed at creating awareness on responsible business practices.

The Centre continued to work with the MoEFCC on various legislations and policies concerning business and environment. It provided inputs for the draft "Guidelines on private sector participation for afforestation on degraded forests land", "Use of Multi-layered packaging under Draft Plastic Waste Management Rules 2015", and the draft Environment Laws Amendment Bill 2015.

The Centre participated in the 21st session of the Conference of Parties (CoP) to the United Nations Framework Convention on Climate Change held in Paris in the winter of 2015. The climate negotiations was of great significance since a legally binding agreement, which will become operational in 2020, was to be finalised at the event. As India prepared for COP21, the Centre engaged with the MOEFCC on drafting India's Intended National Determined Contributions (INDC). It mobilised inputs from key industry segments, ensuring that industry was fully aligned with the Government on the implementation of the INDCs.

The ITC Sangeet Research Academy (ITC SRA), which was established in 1977, continues to be a true embodiment of ITC's sustained commitment to a priceless national heritage. The Company's pledge towards ensuring enduring excellence in Classical Music education has helped ITC SRA adhere to the age-old 'Guru-Shishya Parampara'.The Academy has eminent musicians imparting quality Hindustani classical music to its scholars. Its list of Gurus includes living legends like Padma Vibhushan Vidushi Girija Devi, Padma Bhushan Buddhadev Dasgupta, Padma Shri Ulhas Kashalkar and Padma Shri Ajoy Chakrabarty. The focus of the Academy is on nurturing exceptionally gifted students, carefully hand-picked across India, who receive full scholarships to reside and pursue music education in the Academy's campus. This has provided opportunities to young talent to train under the tutelage of the country's most distinguished stalwarts and has helped create the next generation of musical masters. 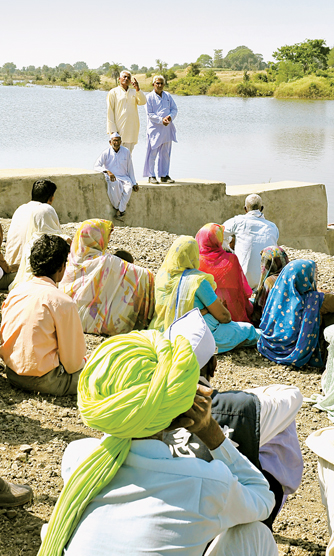